From the moment we arrived in Cancun, we were told: “you must go to Isla Mujeres.” I was craving some R&R on a beautiful beach and I wanted to get away from the noisy resort we were staying in. Isla Mujeres sounded like the perfect spot to do both. With high expectations and a ton of excitement, we took a taxi to the pier, purchased 3 tickets for a boat ride and headed to what was described to us as “real, authentic Mexico.” 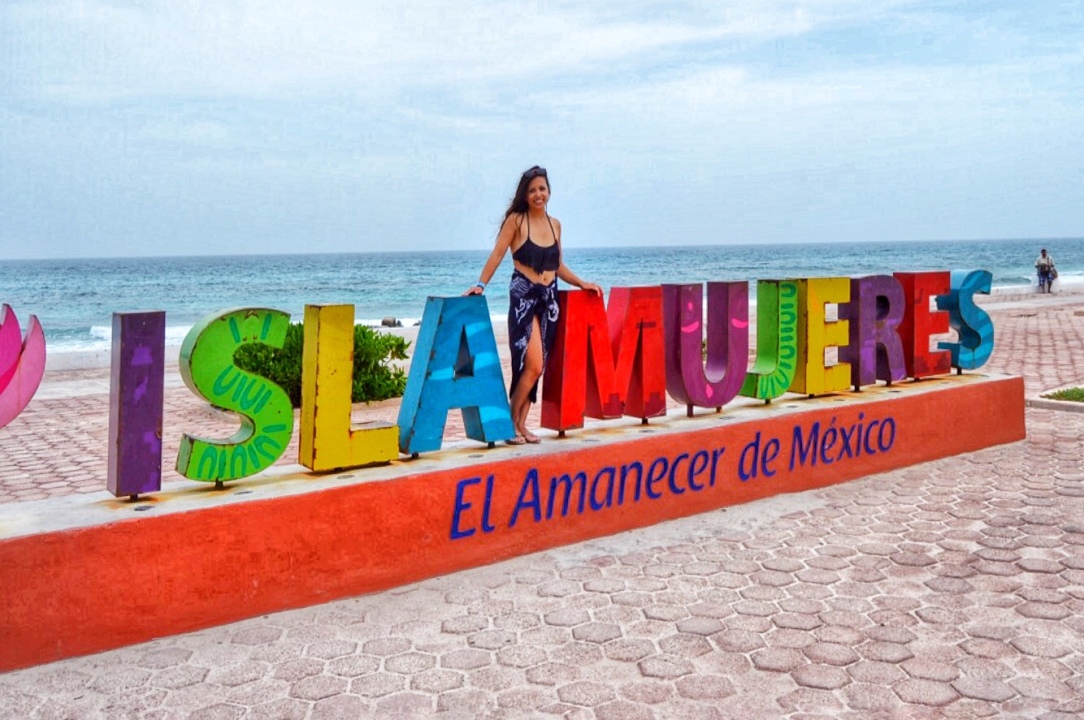 We hopped on a big yellow ferry called the Ultramar and paid about $50 for all 3 of us. It’s a pretty short ride with seating inside and outside. Before arriving, we had the opportunity to rent a golf cart to explore the island. We looked at a map of the entire island and thought it would be fun so we rented one for $40.

When we arrived, it was overwhelming and ridiculously crowded. My idea of “real, authentic Mexico” were scenic beaches and tons of nature. But all I saw were several souvenir shops and a million foreigners. We picked up our golf cart and decided to explore the island before settling on a beach to spend the day at.

Riley had a blast riding the golf cart and I was glad that we rented one since the crowds became less apparent around the island. We stopped at about 3 beaches and found that none were truly public. We were told we had to buy food or rent a chair. We chose one beach and had lunch at Playa Lancheros. The upside is Playa Lancheros had really delicious food! The downside is the beach didn’t meet my expectations. Maybe it was the wind that made the water look murky or the fact that I cut my toe on something in the sand, but I was ready to leave and check out Playa Norte.

Playa Norte was described as one of the most beautiful beaches in the world. Unfortunately, this beach did not live up to the hype. It was incredibly crowded and I found myself constantly bumping into people in and out of the water. There were several boats passing by making it impossible to swim out or enjoy the water in peace. Overall, it didn’t look or sound the way it was described.

We caught the last boat back to Cancun and although we had fun, we felt a little deceived.  We spent about $150 on transportation and food and left slightly disappointed. I was so bummed we picked Isla Mujeres over Tulum.

The upside, our little guy had a blast and we enjoyed spending the day together. Unfortunately, we ever return to Cancun, we’re definitely skipping Isla Mujeres!