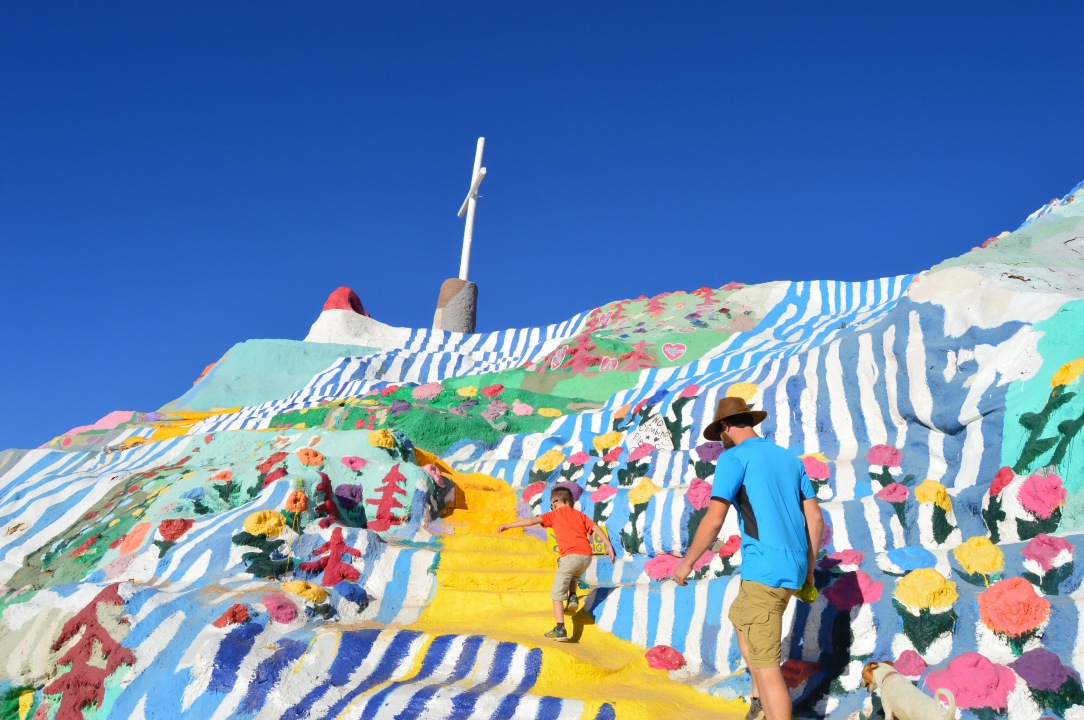 A beautiful message spread over Salvation Mountain that welcomes visitors to the famous yet unbelievable Slab City. This off grid city that resembles a post-apocalyptic movie was first introduced to us on our second day on the road. We met a young couple at a rest stop in Utah who told us about a place in the desert where travelers meet up. Their description was a bit vague and inaccurate, and did not prepare us for what we encountered.
Slab City has made its appearance in popular culture to where even those who wouldn’t dare live on the road or ever visit this place has heard of it. If you have ever read or watched “Into the Wild”, the movie about a guy who leaves his life behind and dies in a bus in Alaska… Slab City was one of his stops.
Our plans to head north to Alaska made a sudden change in December when we realized we were sick of the cold. Alaska sounded awesome, but I needed some sunshine in my life and I was itching to see Arizona again. The sudden change of plans was a bit scary. We were supposed to spend the summer in Alaska to work so we had money to continue traveling. Heading south meant we needed to figure out another way to obtain some income. I had faith we’d figure it out, but in the meantime, we needed a free spot to park and Slab City sounded like the perfect place.
We spent out first night in the desert in a Wal-Mart parking lot in Brawley, California. Brawley is where civilization is at…they have a Starbucks, a Wal-Mart, a hospital. We headed into Slab City the next day carefully watching the homemade signs that directed us to the right place. We were greeted by a small building that was painted with several messages. The message that stuck out the most was “The Last Free Place” and boy, does that make you think. 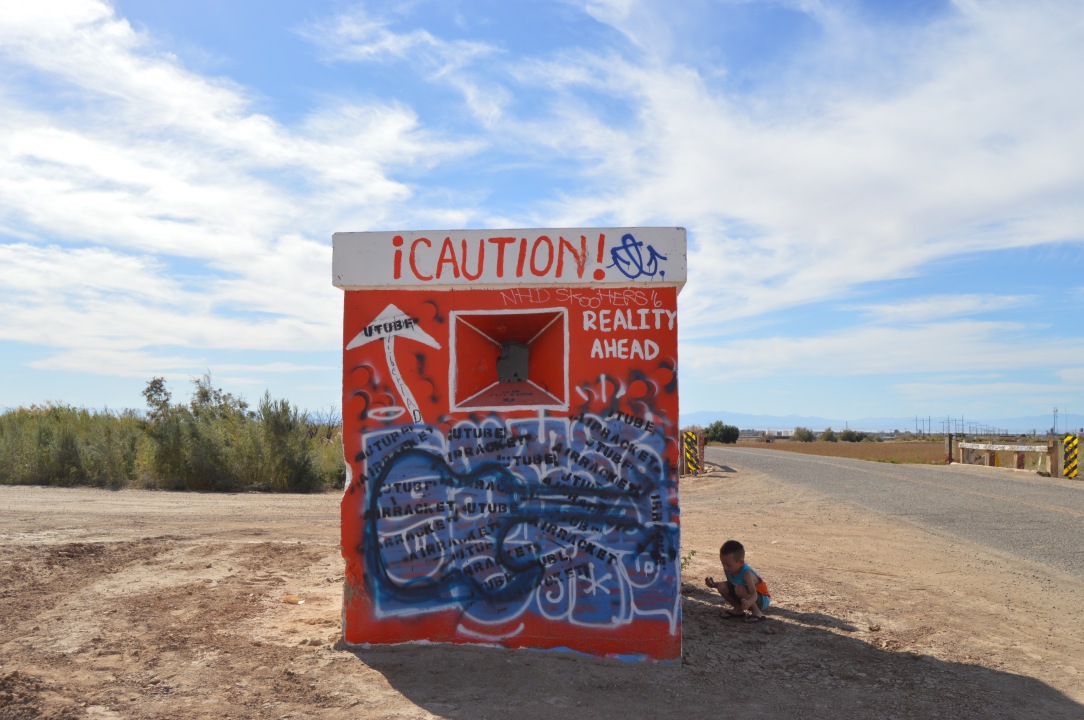 I could probably write a book just on our two weeks in Slab City. Our time there was an experience that can never be duplicated. We met some cool people and some strange ones too. Actually, one of the strange guys was traveling in a brand new Airstream so always keep in mind to never judge a book by its cover!
Here are some highlights:
Salvation Mountain: This “mountain” built with straw and adobe on a hillside and covered with multicolored paint reminded us of a page in a Dr. Seuss book. As we walked around and admired the colors, there are messages about God and Love. The messages are beautiful and could speak to anyone, of any denomination. As I walked around, I thought about the man who dedicated his life to building this mountain and spreading the message of God’s love. I usually find my connection to God in nature, among the trees or on a mountaintop. But this… this colorful structure visited by thousands of people… this felt spiritual and I felt love.

East Jesus: An interesting collection of recycled artwork that conveyed messages about our society. My favorite was the display of televisions with short phrases as to how the media controls our thoughts and relationships. We also climbed and played on some things. The guys running the place were more than happy to show us around. 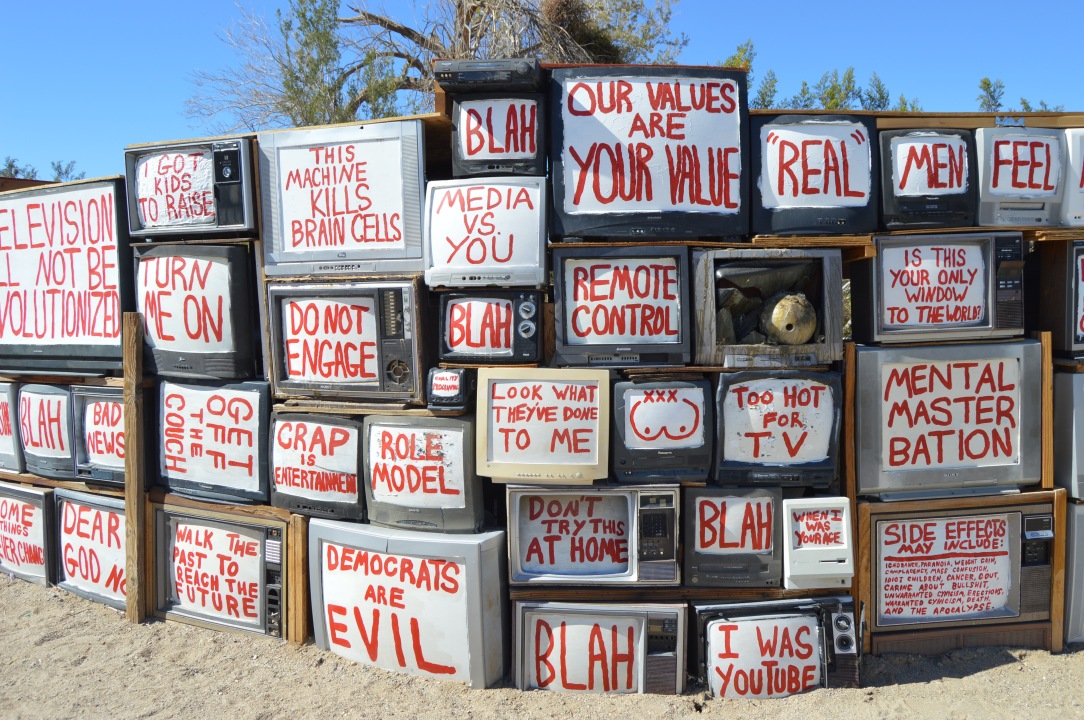 The Range: Every weekend, the stage is set for performers to show their musical talent in front of a large crowd. We showed up with no expectations and again, an open mind. The acts ranged from really talented to really terrible.  The crowd consisted of a diverse group of people from Slab City residents to people who were obvious tourists. There were also several children present which eased my anxieties about bringing Riley along. We bought a soda, kept away from the smoke and made conversation with several people. It was a good time for all of us. 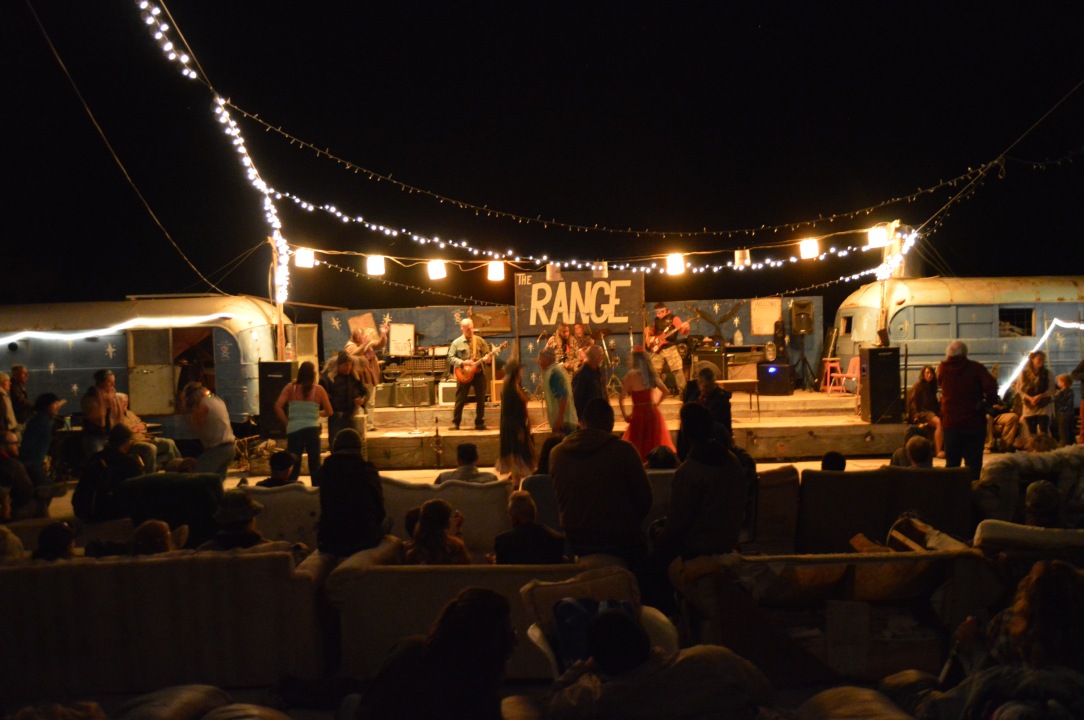 I tell everybody that “The Last Free Place” needs to be experienced by everyone. We get so caught up on what is “normal” in our society that we have found ourselves among people who would panic over the inability to have a smart phone, cable and internet, or a latte every morning. We have become a society of instant gratification and convenience that we have lost our basic instincts. Being among people who had no running water or electricity, things we consider very basic and often take for granted, helped me see the possibilities of a simpler life.
I remember looking around The Range and watching the interactions between people. Everyone was filled with joy. You could see it illuminating from their faces and it was kind of beautiful. And they were all so friendly and welcoming, even though I was different and I was an outsider, they allowed me to feel like I belonged. What an incredible feeling that was when the world I know is full of labels and criticism and exclusive groups that look down on those who are different.
Would I ever give up my comforts to live in Slab City? That’s a definite no! But, they have something figured out, an inner light filled with peace that I admire and that I felt while I was there. I try to hold onto that feeling while I’m here in the real world.
My advice is, get out there and learn something from Slab City. Open your heart and open your mind and you might come away with something incredible to bring home. And while you’re doing that, stay away from the Slab City hot spring! It’s more like a mud hole and I warned you… 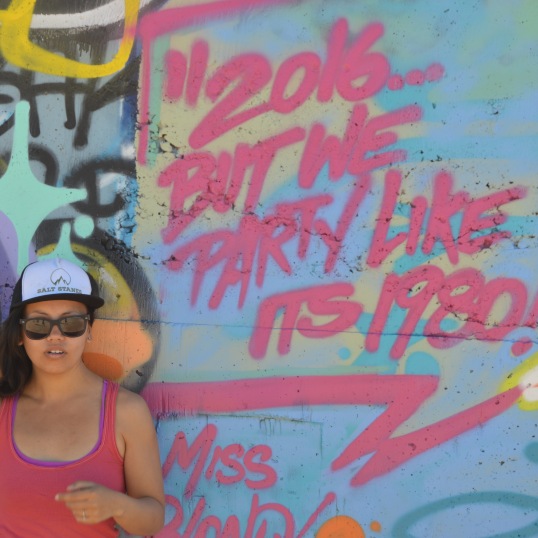 A place for Christians